When the Story Writes Itself

Very few ideas are truly unique. As “glass half-empty” as that might sound, I believe there’s a certain freedom in coming to terms with that concept sooner rather than later. As a creative who enjoys writing, I’m always chasing a new angle that can set my words apart from the rest. Having been invited to the recent State of NASA social at Kennedy Space Center, I knew right away the story I wanted to tell and exactly how to tell it. I’d interview NASA employees or contractors that I would inevitably meet throughout the day and profile them for a collection of vignettes or small biographies. I’d then weave those into the greater story of NASA’s push for return to the moon and beyond. That sounds like a nice read right? Well if it does, I should direct you to the article I found the day before I left for the social. A previous social goer had written a piece so similar to the one I intended to write; I was dumbfounded. Remember that concept of originality escaping most of us? Well, I had a healthy dose of humility that evening and was back to square one with no story to tell. At least I was headed to a place that’s inspired decades worth of people and ideas. If I couldn’t find a story there, I wasn’t looking very hard.

Checking in that morning was a breeze. The flow of things was practically old hat to me. I am a seasoned vet you know. I’d done that song and dance exactly one time, previously, at my first NASA social. Facetiousness aside, knowing what to expect when I arrived at the rendezvous point for the social made for a familiar, less anxious, process for me this second go-round. I saw a handful of faces I recognized from my previous social and plenty of new ones. Once identification was sorted and bags were sniffed by a detection dog, we found ourselves at the NASA press site for introductions. Our handlers, the Public Affairs team there at Kennedy, herded us into a conference room in the back of the building. Someone had dubbed it the “Room of Requirement”, as noted by the printed sign Scotch-taped to the door. Which rocket exactly is the one headed to Hogwarts? Do the Dementors show up before or after max q? I digress. I suppose what the Public Affairs team might actually have required from that room is a little patience. It can’t be easy keeping a few dozen space enthusiasts on schedule, out of restricted areas, and all accounted for. We tend to wander, cameras in hand, ready to capture anything and everything. Somehow or another they manage to do their jobs very well, playing the part of hospitable hosts while keeping us corralled into the appropriate venues.

We all sat around a large conference table and, one by one, introduced ourselves. Each person gave a little insight as to what interest he or she might have being there. They shared their occupation or academic pursuits, etc. The mix of backgrounds is one of the components that make events like this so rewarding to attend. To have the opportunity to connect with people from different walks of life adds depth to the experience. As each participant shared a little about themselves, the story I was looking for, this story in fact, began to materialize.

As each person spoke, my brain was formulating questions and ideas. What if the motivation to share the story of NASA’s work and the work of its commercial partners came from somewhere in addition to the obvious? It’s not hard to put together how seeing a rocket launch from close proximity or walking the massive transfer aisle in the historic Vehicle Assembly Building might inspire an individual to go out into the world and spread the great gospel of rocketry. However, I believe there’s another, unexpected place that same inspiration can be found. Is it believable that it might live within the other participants sharing this experience with me? Could it dwell with those guiding us around the space center? Does it reside in the hardworking employees at Kennedy Space Center that we wouldn’t even meet? How about those at other NASA facilities across the country, participating in State of NASA socials just like me? What about the ones streaming launches on their computers at home? From my point of view, the answer to all those questions is a resounding YES.

As the conversation moved around the conference table and each person shared their motivation, I recognized, in them, the same things that drive myself and others to pursue this interest in space exploration and our country’s space program. I found myself agreeing with them as if it were some sort of validation that I felt this way. The ongoing endeavors of NASA are the culmination of the work true pioneers began, and the generations they inspired continue. It’s the crossroads of an unquenchable curiosity and the science that helps us answer the questions brought on by that same curiosity.

One woman in the room explained that she’d been using her interest in space as common ground in communicating with troubled children she associated with at her workplace. Until that moment it had never really crossed my mind that sharing a passion for space exploration could be used as a tool for connection or healing. It’s almost profound to think about and simultaneously makes perfect sense. The whole universe, in all its vastness, is full of unanswered questions and unknowns. With unknowns comes the potential for something greater and with the potential for something greater, therein lies hope. I believe some people are often looking for permission to be excited or hopeful about something. Being unapologetic in the excitement for your passions in life may give those seeking it the permission they need. It may inspire those looking for something to occupy their mind with something good in a life where maybe most of what they’ve seen is bad.

Another young woman shared with the group that she is currently a mechanical engineering student with a focus in aerospace. Her direction down that path began when she was a college freshman. An upperclassman had organized a trip to a Women in Space conference and invited this young woman to attend. There she fell in love with space and met many wonderful and influential people. She credited the upperclassman who invited her to that conference as the reason she is now on track to a career in aerospace. By simply sharing her passion for space exploration with someone she thought may be interested, the upperclassman literally changed the course of a human being’s life and illuminated a career option that may have previously gone unnoticed. Having experienced this herself, there’s no reason to believe the engineering student couldn’t have the same effect on another young person. In my experience, an inspired person inspires people.

A guy I’d met earlier in the morning shared with the group something he’d told me within the first few moments we’d met. He’s a cofounder of an organization that does outreach events with launch viewings and educating the public on the importance of space exploration. Out of curiosity, I’d asked why he does that? He simply replied, “No one else is out there doing this type of outreach and there’s a need for it.” Hearing about it a second time in these introductions struck a chord with me. He’s doing something with probable associated travel costs, on what I assume is his own dime, essentially just because there is a need to be met. Rather than recognizing that need and walking away from it, his organization decided to do something about it. I personally admire this approach to taking action. There’s an old Ghandi quote that’s been repeated and printed on everything from t-shirts to coffee mugs. You’ve heard it. “Be the change you wish to see in the world.” Though that can sound a bit cliché and idealistic, there’s at least something to be said for it. In this case, a group of people saw a lack of outreach and education and decided to do something about it themselves. Maybe not always, but occasionally what they’re saying is going to resonate with the right person, and that person will carry the knowledge on to the next.

Across all of these instances, inspiration is clearly the tie that binds. We space enthusiasts are sometimes the butt of good-natured jokes about being nerds. I’ll wear that badge with pride. It honestly makes no difference to me. If it takes a few laughs at my expense, while I overzealously explain the feeling of standing on a launchpad where incredible machines leave terra firma bound for the cosmos, in order to get someone excited about the unknown possibilities that our universe holds, so be it.

For the rest of the day, we toured amazing facilities, had lunch in the company of shuttle program veteran and master storyteller Greg Hale, and watched a live stream of NASA Administrator Bridenstine’s State of NASA address. He highlighted the increased budget proposal’s approval, the Artemis program’s Green Run tests of the SLS core stage, and the upcoming first commercial crewed launch, the first crewed launch of any sort from American soil since the retirement of the shuttle fleet in 2011. It’s certainly an exciting time for NASA. There are so many moving pieces that must work in harmony to keep our space program moving forward. I’m grateful for having the opportunity to get to know some of the folks that are making that happen.

It’s also an exciting time for you and me. Looking for the inspiration to tell a story didn’t happen in the way I assumed it might. As it turns out, inspiration itself was the story and the ability to inspire is within us all. So please do me a favor. Tell the story. Take the photos. Be the nerd. Share it all. Don’t apologize for it. Inspire. 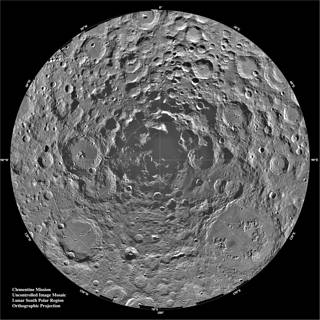 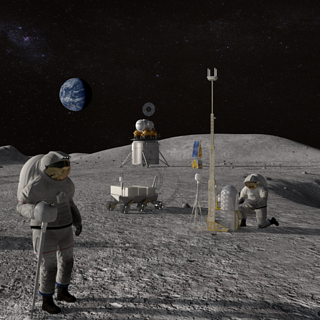 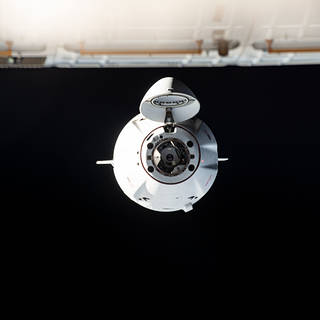 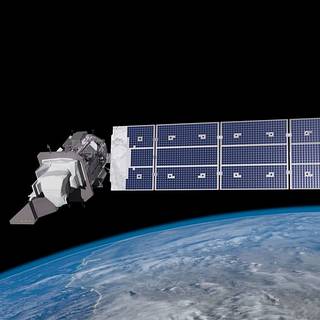