In this interview, recorded via phone on September 29, 2020, I speak with Commander Mike Hopkins about this mission, his training and the challenges (and thrills) of commanding the SpaceX Crew-1 mission, currently scheduled to launch in mid-November 2020.

BONUS: Mini-Interview with Felix Schlang of What About It!? Felix joins me briefly to share how he became interested in space and his excitement for the future, especially SpaceX Starship. Felix is the host of “What About It!?”, an amazing program on YouTube that explores Space, Rockets & Science, with new episodes on Tuesdays and Fridays. Check out his YouTube Channel at https://www.youtube.com/user/ZSSolomon or visit https://whataboutit.space/

NASA is preparing to launch its first crew rotational flight of a U.S. commercial spacecraft with astronauts to the International Space Station. The SpaceX Crew-1 flight mission will carry astronauts Michael Hopkins, Victor Glover, and Shannon Walker of NASA and Soichi Noguchi of the Japan Aerospace Exploration Agency (JAXA) to the space station from Launch Complex 39A at NASA’s Kennedy Space Center in Florida. The launch will be the first time an international crew will fly aboard a NASA-certified, commercially-owned and operated American rocket and spacecraft from American soil. Following the launch, the Crew-1 astronauts are scheduled to arrive at the space station for a six-month science mission aboard the orbiting laboratory.

Michael S. Hopkins was selected by NASA as an astronaut in 2009. The Missouri native is currently training for Crew-1, the first post-certification mission of SpaceX’s Crew Dragon spacecraft – the second crewed flight for that vehicle – and his second long duration mission aboard the International Space Station.

Hopkins and his crewmates are working closely with SpaceX to develop their new spacecraft systems, which will provide roundtrip crew transportation services to the International Space Station and, along with Boeing’s Starliner, return the ability to launch humans into space from United States soil.

Previously, Hopkins was member of the Expedition 37/38 crew and has logged 166 days in space. He launched from the Baikonur Cosmodrome in Kazakhstan to the International Space Station in September 2013. During his stay aboard the station, he conducted two spacewalks totaling 12 hours and 58 minutes to change out a degraded pump module.

WANT TO BE A PART OF OUR PROGRAM? TELL US ABOUT YOUR SPACE JOURNEY! 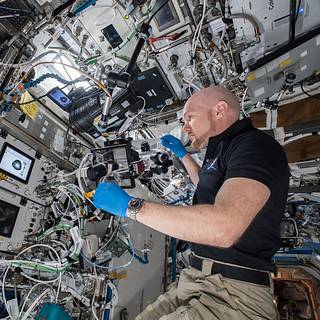 NASA will host a media teleconference at 1 p.m. EST on Tuesday, Dec. 14, to discuss science investigations launching on the next SpaceX commercial resupply flight to the International Space… [...] 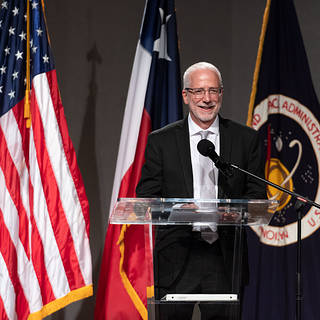 The following is a statement from NASA Administrator Bill Nelson on the passing of Mark Geyer, senior advisor to associate administrator Bob Cabana, and former center director at the agency’s… [...] 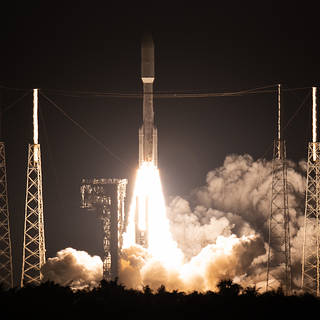 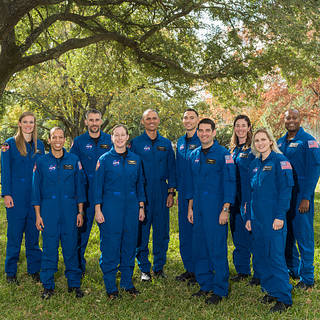 NASA has chosen 10 new astronaut candidates from a field of more than 12,000 applicants to represent the United States and work for humanity’s benefit in space. [...]