In today’s episode we’ll speak with Scott “Kidd” Poteet, a Mission Pilot for the new SpaceX Polaris Program. Kidd is a retired U.S. Air Force Lieutenant Colonel with more than 3,000 flying hours as a pilot and over 400 hours of combat time. Most recently Kidd served as the Mission Director for Inspiration4, the world’s first all-civilian mission to space last September that raised more than $240 million for St. Jude Children’s Hospital.

Kidd will be the Mission Pilot for the upcoming Polaris Dawn mission, which is scheduled to launch aboard SpaceX’s Falcon 9 no earlier than the 4th quarter of this year. The Polaris Dawn crew will spend up to five days in orbit, and fly higher than any Dragon mission to date. They will also attempt the first ever commercial spacewalk.

Following his Air Force career, Kidd served in various roles to include Director of Business Development at Draken International and VP of Strategy at Shift4 (NYSE: FOUR). He most recently served as the Mission Director of Inspiration4, the world’s first all-civilian mission to space that helped raise over $240 million for St. Jude Children’s Research Hospital® in an effort to help eradicate childhood cancer. Kidd is also an accomplished collegiate runner and triathlete, competing in 15 Ironman triathlons since 2000, which includes four Ironman World Championships in Kailua-Kona, Hawaii.

About the Polaris Dawn Mission

SpaceX’s Falcon 9 rocket will launch the Polaris Dawn mission from historic Launch Complex 39A at Kennedy Space Center in Florida. Dragon and the Polaris Dawn crew will spend up to five days in orbit, during which they will work towards the following objectives:

This Dragon mission will take advantage of Falcon 9 and Dragon’s maximum performance, flying higher than any Dragon mission to date and endeavoring to reach the highest Earth orbit ever flown. Orbiting through portions of the Van Allen radiation belt, Polaris Dawn will conduct research with the aim of better understanding the effects of spaceflight and space radiation on human health.

While in orbit, the crew will conduct scientific research designed to advance both human health on Earth and our understanding of human health during future long-duration spaceflights. This includes, but is not limited to:

The Polaris Dawn crew will be the first crew to test Starlink laser-based communications in space, providing valuable data for future space communications system necessary for missions to the Moon, Mars and beyond.

If you enjoyed this interview with Kidd Poteet and are curious about space exploration and other space news and information, be sure to Subscribe: https://www.youtube.com/channel/UCy7OicZZnllKrH3Y9rUKdoA?sub_confirmation=1 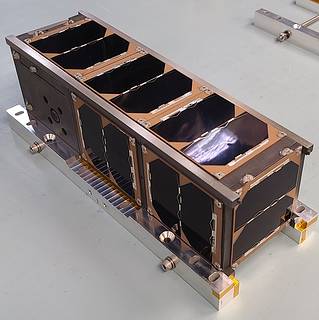 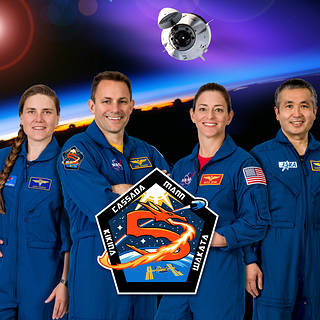